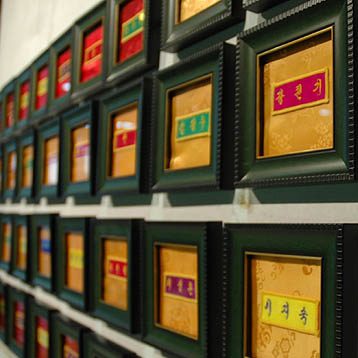 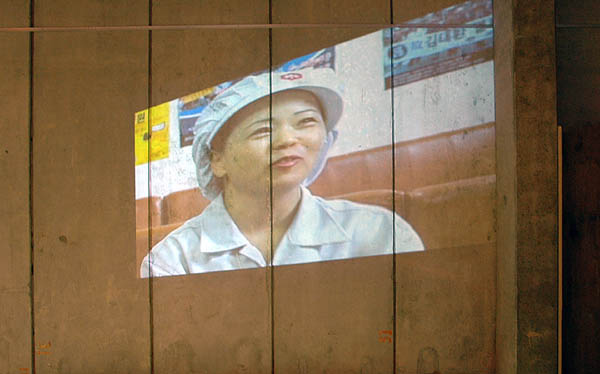 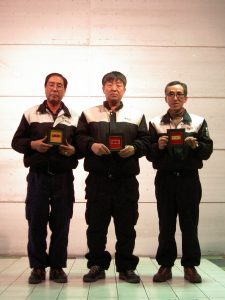 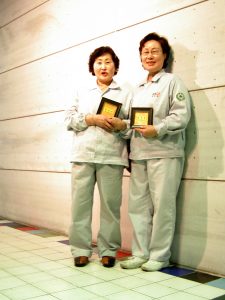 I interpret and denounce the global economic system as a highly militant operation: With a ruthless ranking system, manual labourers fill the bottom of the pyramid. Human labour is becoming ever so cheap, and hence the subject of exploitation, especially upon women and migrants from poverty. With less consumption power, they are almost socially invisible.

Responding to this, I created a series of installation works with an intriguing question – why are blue collar workers never given a business card? I worked closely with six female workers in one rural food factory and created individually designed name cards for them, based on their life stories. At the same time, I collected all the identically designed corporate business cards of those who worked in the headquarter office of the same company. All together in juxtaposition, thousands of name cards were installed in a pixelated landscape on the outside wall of the factory canteen (nameless landscape, 2007). I also individually embroidered and framed the names of all workers in the factory and installed them into a shape of an empty frame (everyone’s souvenir, 2007), implying that the unique identity of manufacturing workers is not socially recognised.

These works were shown in the two-perosn exhibition ‘Nameless Name (Sempio Arts Space, 2007)’, collaboration with Sungmee Bae, commissioned by the foods company Sempio in Korea.