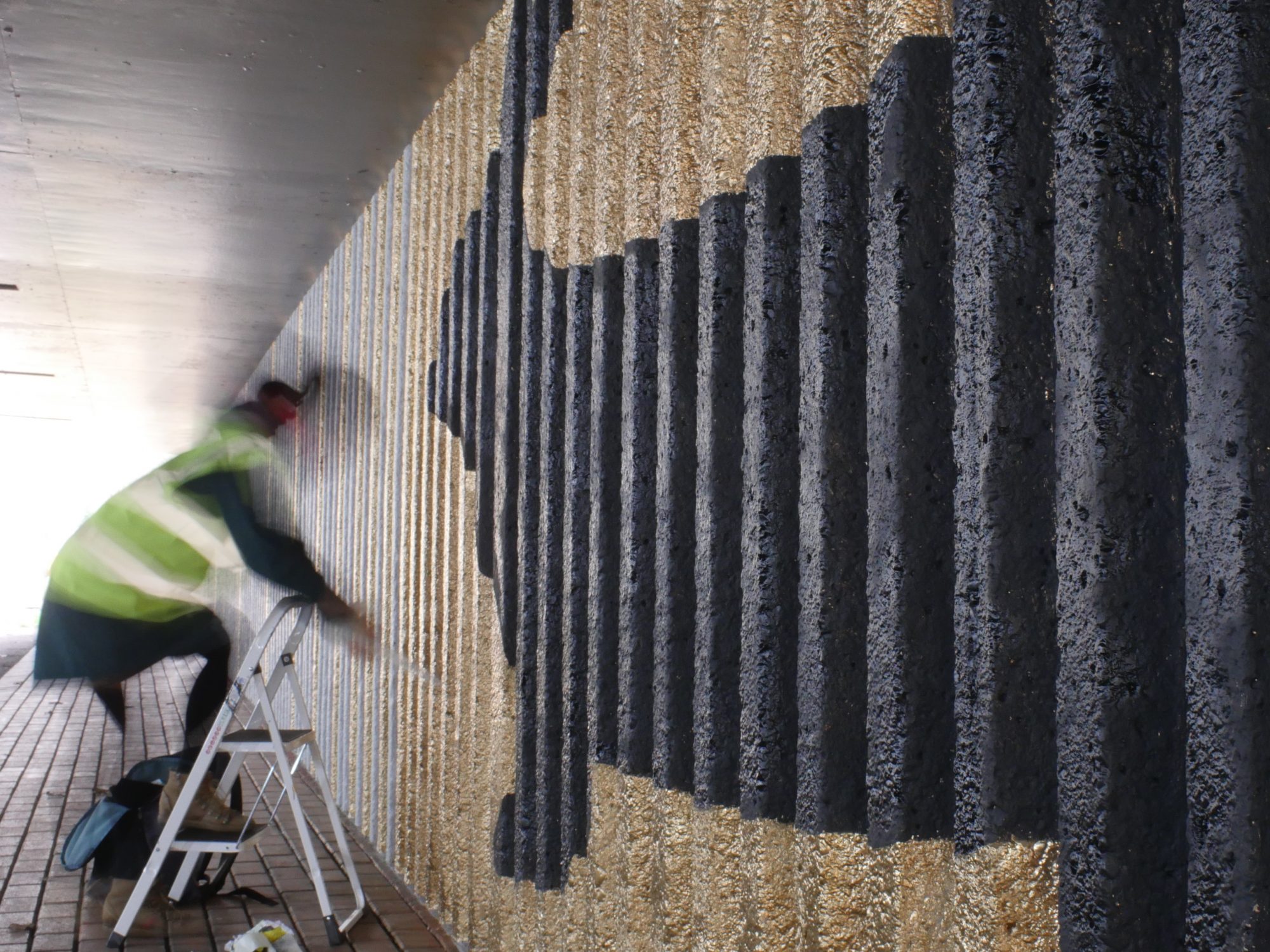 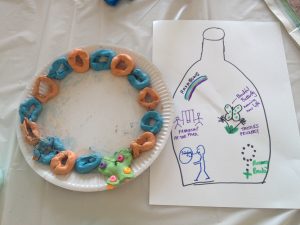 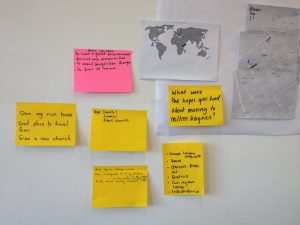 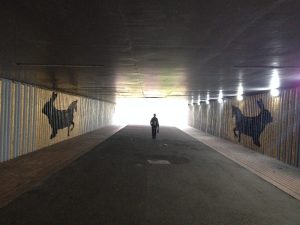 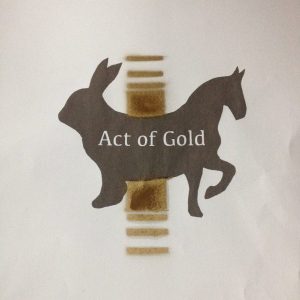 As part of the commission for the project, Underpasses – Connecting People, Connecting Places, a mythical figure New Griffin is created locally in working with school children and communities from the estates of Conniburrow and Downs Barn in Milton Keynes. Traditional griffins are combinatory figures of two mighty predators that are half lion and half eagle and are believed to mark down territories and ward off strangers and enemies. On the contrary, the New Griffin is a combination of half horse (symbol of Downs Barn) and half rabbit (symbol of Conniburrow) and represents connection and friendship between the two communities.

Joining the unveiling ceremony of New Griffin painted within the underpass, the community performance Act of Gold was organised, remarking MK’s 50th birthday as well. In collaboration with Alexandra Parry whose works focus on socio-political agenda and public engagements, the narrative of Act of Gold is derived from the series of performance making workshops with long term local residents and their living-through history of Milton Keynes. The Act of Gold was performed by two local primary schools and Conniburrow Choir.

Commissioned by On the Verge, funded by Heritage Lottery Fund.